How the process works for you

Unlike pharmaceuticals, cannabis cannot be ordered and picked up from pharmacies; patients have to purchase it online and it will be delivered to their home. To save time, many doctors train their office staff to instruct patients on how to order. 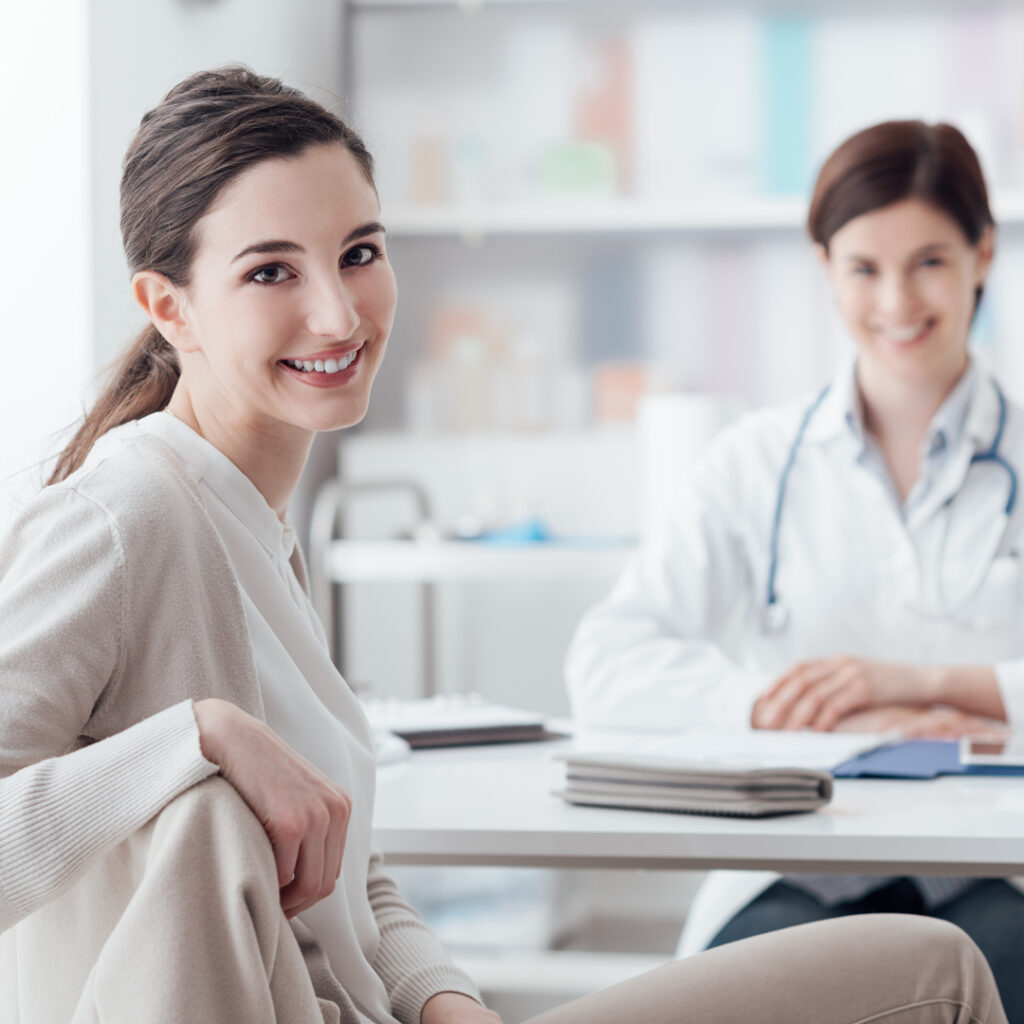 Talking to your health care practitioner

The authorization of a health care practitioner is required to receive medical cannabis. The information here is intended to aid in making the most of your medical appointment.

Getting your Medical Document authorized

Canada’s new Access to Cannabis for Medical Purposes Regulations (ACMPR) give your health care practitioner broader discretion in determining if medical cannabis is safe and appropriate for you.

Cannabis is not for everyone. Some physical or psychological conditions increase the risk of adverse effects. In general, cannabis should not be prescribed to:

According to an anecdotal view point, smoking dried cannabis can contribute to a positive attitude that can  affect positively the lifestyle.

Recent research indicates that cannabis can provide relief of symptoms from a variety of ailments.

Smoking cannabis is not for everyone. Many physical or psychological conditions increase the risk of adverse effects.

Cannabis should not be used in the following cases:

We recommend that you consult your health care practitioner before consuming cannabis and maintain regular checkups throughout your treatment. Responsible use is an important part of any treatment plan.

Anytime you are considering taking THC in any form and for any reason, you should first learn about the negative side effects caused by THC consumption. If you are planning to use THC regularly, you should consult with your physician to use MENTABINOL, a THC formulation instead. Mentabinol formula was designed as a safer alternative to any THC, eliminating and in same cases reversing negative side effects caused by THC.

Have someone supervise you the first time you use cannabis. Start by using small quantities and stop if you begin to feel confused or agitated.

THC remains in your system for several weeks after you stop using it. During this time, tests that screen for cannabis may be positive.

HOW TO BE A RESPONSIBLE PATIENT

As with any other prescription medicine, it is important to take appropriate precautions when using and possessing cannabis.

Here are some basic guidelines for safe cannabis use:

YOUR CANNABIS IS MEDICINE

To get the best results from your cannabis, save it in an airtight container. It is best kept out of direct light.

Cannabis can be smoked, vaporized, or ingested for medicinal purposes. Effects and dosage may vary depending on the method used. Some forms of ingestion can lead to unwanted side effects in some individuals. We recommend you consult with your health care practitioner to determine the best dose and method of use for you. If you have questions about how to speak to your doctor, please feel free to contact our staff.

KEEP YOUR MEDICATION AWAY FROM CHILDREN AND PETS

Medical cannabis can be harmful to children and pets. Please be mindful of how you use it and where you store it. Always keep it out of reach of children and pets. Find more information on responsible cannabis use here. https://www.canada.ca/en/health-canada/topics/accessing-cannabis-for-medical-purposes.html

However, long-term abuse of cannabis can lead to dependence, particularly among young cannabis users or people suffering from mental health conditions. A person who exhibits compulsive drug-seeking behavior along with detrimental effects to health or social functioning should consult a caregiver or addiction treatment resource. Information from Health Canada is available here. https://www.canada.ca/en/health-canada/topics/accessing-cannabis-for-medical-purposes.html

You may have a physical or psychological condition that increases the risk of adverse effects.

We recommend that you consult with your health care practitioner before consuming and maintain regular checkups throughout your treatment.

CanaQuest raises the bar for quality and responsible production.

We rigorously request Certificate Of Analysis (COA) for all our products to ensure quality you can trust.

Cannabinoids are the chemical compounds unique to cannabis that act upon the human body’s cannabinoid receptors, producing various effects which may benefit patients. Cannabis’ primary cannabinoid is tetrahydrocannabinol (THC), which is responsible for the psychoactive effects (or the high). There are over 85 known cannabinoids with varying effects.

CBD is the abbreviation of cannabidiol, one of at least 85 cannabinoids found in cannabis, and is the second most prevalent cannabinoid after THC. Research has shown that CBD produces a physical effect without the psychoactive effects (the high) associated with THC.

Concentrates are a potent consolidation of cannabinoids made by dissolving cannabis in its plant form into a solvent. Referred to by a variety of slang terms, the classification of concentrates is often dependent on the manufacturing method and the consistency of the final product.

Edibles and medibles are edible goods that have been infused with cannabis extracts. They are commonly baked goods such as cookies and brownies, but can also be flavoured drinks, breads, candies and more. Edibles have a slower effect than other delivery methods since the cannabinoids first must be absorbed through the digestive system.

Cannabis flowers are the hairy, sticky, crystal-covered bits that are harvested and dried to be used as medication. When they are allowed to be fertilized by male plants, these flowers will produce cannabis seeds. If not, they will continue to produce the resin that contains active cannabinoids until they are harvested or begin to die.

Hemp is a fibrous product that can be produced from the male cannabis plant and can be used in the manufacture of rope, paper, beauty products and more. Commercial production (including cultivation) of industrial hemp has been permitted in Canada since 1998 under licenses and authorization issued by Health Canada.

Hybrid cannabis plants are a genetic cross between two or more separate strains of cannabis. Hybrids can happen unintentionally, but they are usually bred specifically to combine desired traits of the original plants. Most cannabis available today is some form of hybrid.

Indica is used to refer to the Cannabis indicaspecies of cannabis. Generally these plants originated in the Middle East and Asia. Compared to their Sativa counterparts, Indica plants are shorter and bushier, and have more compact flower structure.

Canadian government regulations replacing the Marihuana Medical Access Regulations (MMAR) as of March 31, 2014. Marihuana for Medical Purposes Regulations (MMPR) allow Tilray and other licensed cannabis producers to provide patients with dried cannabis for medical purposes. To participate, a patient must have a health care practitioner complete a medical document to be submitted to Tilray or another licensed producer along with a completed registration form. As of April 1, 2014, MMPR is the only legal means for Canadians to acquire medical cannabis. To read the Marihuana for Medical Purposes Regulations, visit: Justice Laws website

Marijuana is the general term for female cannabis plants or their dried flowers. Females are distinct from male plants in that they produce flowers containing a high percentage of cannabinoids. “Marihuana” is the spelling that appears in Canada’s Controlled Drugs and Substances Act and is used by Health Canada in legal documents related to the Act.

A sesquiterpene also known as peruviol.

Sativa refers to the Cannabis sativaspecies of cannabis plant. In general, these plants originated outside of the Middle East and Asia and include strains from South America, the Caribbean, Africa and Thailand. These strains tend to grow taller than indicas, are lighter in colour and take longer to flower.

A strain is a specific variety of a plant species. Cannabis strains are developed to produce distinct desired traits. Cannabis strain names often reflect the plant’s appearance, effects or place of origin.

Terpenes modify the effects of THC and other cannabinoids, augmenting a strain’s medicinal properties. Cannabis strains can be distinguished by the variety of terpenes they produce.

THC is an abbreviation for tetrahydrocannabinol. THC is the most well-known and most abundantly available cannabinoid in cannabis plants. THC is also the component in cannabis that is responsible for the psychoactive effects or high. Research has shown THC to be an effective medical treatment for a range of conditions.

A tincture is a liquid cannabis extract, usually made with alcohol or glycerol, that is often administered with a dropper. Tinctures can be flavored and are usually placed under the tongue, where they are absorbed quickly.

A topical is a cannabis product where the active properties of the flowers have been extracted and added to a product such as a lotion or a cream that is applied to the skin.

Trichomes are the resin production glands of the cannabis plant. THC, CBD and other cannabinoids are produced in these glands.

A vaporizer is a device used to consume cannabis. It heats either flowers or cannabis-infused oils to a temperature that produces a cannabinoid-laced vapour to inhale. Vaporizing is healthier than smoking since there is no smoke to ingest, but this method still produces almost instantaneous effects.

Wax is a form of concentrate.

Weed is a slang term for cannabis.